On 17th June, 2020, the 193 United Nations member States will elect 5 states to take up the Non-Permanent seats at the United Nations Security Council (UNSC) for the period 2021-22.. Kenya will be on the ballot vying for the single seat available for Africa having been endorsed by the African Union in August, 2019 as the AU Candidate for the position.

Kenya is persuaded that global challenges are only surmountable if the world’s rules based multilateral system is deployed in a manner that attracts consensus not only in the appreciation of the challenges, but also in the evolution of practical response strategies. The 10-point Agenda that Kenya promises to champion in the Security Council is largely premised on the SDGs. The process leading to the adoption of the SDG’s was multilateral diplomacy at its best demonstrated by building of bridges between diametrically opposing opinions resulting in some of the most profound commitments ever by Member States in the history of the United Nations. Kenya was at the very centre of this process.

In 2013-2014, the world entrusted Kenya and Hungary with co-facilitation of the international negotiation process that created the global sustainable development goals (SDGs). The mandate was clear but the task was not easy. Collecting and collating ideas from all stakeholders and refining them into simple consumable thoughts was just one part. Moderating the concepts and diverse schools of thought and building consensus around them was another critical part. Most importantly was to provide sound leadership to guide the parties navigate the complex terrain of positions held by different countries and groupings. 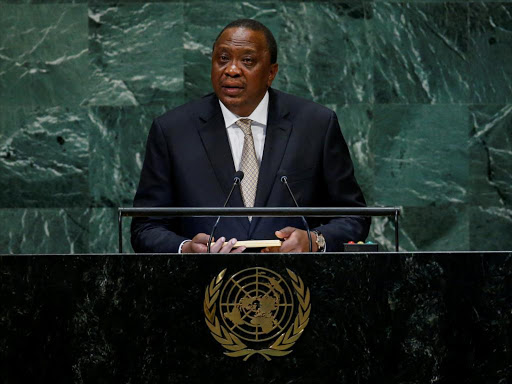 The end of the SDGs formation ushered in deliberations on the Post 2015 development Agenda in September, 2014. Because of its impressive leadership in the SDGs process, Kenya was again appointed by the President of the 71st session of UN General Assembly to co- facilitate the 2030 UN Agenda design process together with Ireland. The process successfully culminated in the adoption of the 2030 UN Agenda for sustainable development at a summit in New York in September, 2015.

Subsequently, and as a follow up, Kenya has, and continues to work on global multilateral projects, such as the Sustainable Blue Economy Conference with Japan and Canada, and many others on various issues of interest and concern, ranging from climate change, among others, to the International Conference on Population Development (ICPD), co-hosted in November 2019 with UNFPA and Denmark. These milestones are a seminal legacy of Kenya’s great multilateralism spirit.

Kenya’s skills in multilateral diplomacy, as demonstrated in the SDG process, SBEC and others, will be exemplified in the Security Council in at least three ways: First, Kenya will bring on board consensus building capabilities , more so within the context of unprecedented challenges occasioned by the global COVID-19 pandemic and other existential threats. Second, the Council will benefit from Kenya’s objectivity and trustworthiness which is necessary particularly in helping countries in conflict to arrive at common understanding of various issues. Third, Kenya’s consistency will bring in an element of certainty particularly on any Kenya-led agenda. These three qualities are crucial for building peace and security in our world.

Kenya’s leadership in multilateral diplomacy has stood out even during these extraordinary times of global COVID-19 pandemic. For instance, President Uhuru Kenyatta, who is the current chair of the Organization of African, Caribbean and Pacific States and a member of the Bureau of African Union Heads of State and Government, has been engaging world leaders and institutions in proffering solutions for concerted response measures to the COVID-19 pandemic. He hosted the First Extra Ordinary Summit of the OACPS on 3rd June 2020 under the theme “Transcending the COVID-19 Pandemic: Building Resilience through Global Solidarity” whose focus was addressing current and post COVID-19 challenges. Additionally, Kenya has initiated many webinars and virtual meetings at technical and ministerial levels.

The SDGs/2030 Agenda process is only one of many instances that show cases Kenya’s leadership in multilateral diplomacy. The country has demonstrated thought and practical leadership in many other areas which will be useful in the pursuit of the 10 point agenda once in the Council.

As a proven team player and stickler of a rules based multilateralism as well as its rich experience, Kenya is a safe pair of hands and stands ready to deliver on its promise as a non-permanent member of the United Nations Security Council. Kenya is ready to serve.